Sometimes we’re not sure whether it’s lunch time, dinner time, or time just to go to bed

We recently made the drive down from Sean’s parents home north of Boston to our sublet in Providence, Rhode Island. After traveling all over the world with little luggage for the past year, we found ourselves packing a few more necessities (okay, perhaps they weren’t all necessities) into our rental car to use for the next few months. Unsurprisingly, we left a little later than we had intended. We had hoped to arrive by noon, but found ourselves pulling into downtown Providence slightly before 2 p.m. A perfect time for lunch, we thought. 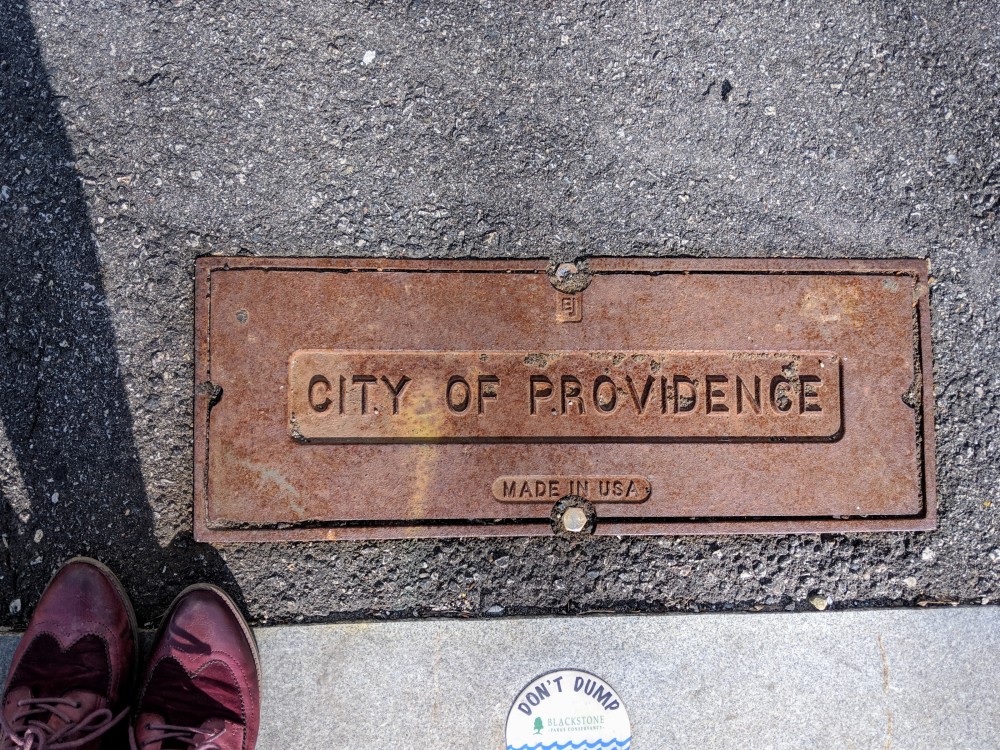 Eliza and I stepped into Providence Coal Fired Pizza while Sean went to find street parking. Instead of a lunchtime rush, we found the place to be clearing out—and then cleared out. Besides one other table, we had the place almost entirely to ourselves. As we devoured a tasty pizza, we wondered whether the time we were eating our lunch meant we actually had missed lunchtime.

The last few months have been a series of strange eating times. During our weeks in Spain, dinners were—unfortunately for parents of an infant with a 7:30 p.m. bedtime—so late that we couldn’t partake. In fact, even when we found a restaurant in Merida that was open at 7 p.m., we felt too guilty to order anything other than a slice of cake while everybody around us enjoyed a late-afternoon nibble, drink, and conversation with a dinner menu nowhere in sight—except on our table, albeit temporarily.

Even lunches in Spain proved challenging for us given Eliza’s nap schedule, my class schedule, and Sean’s work schedule. (Regular lunch hours there tend to be from 2 p.m. until 4 p.m., whereas dinner is generally after 9:00 p.m.) We did our best to adjust, gravitating more often toward tapas bars that serve food and drink across a more expensive range of hours. And we also found ourselves cooking delicious meals at home.

Spain’s mealtimes were more unique than other countries we visited, but in general we tended to take a rather flexible approach to when and where we ate along the way. Now that we’ve returned to life back in the States, we feel like newbies figuring out when people eat—especially those with kids. Rethinking our breakfast, lunch, and dinner times, as well as the timing for other daily routines, has been more of a process than we anticipated. Instead of a gradual shift, it feels like we’ve been thrust into a world shaped by routines.

Mostly, this has allowed us to be intentional when thinking about the schedules we’d like to create and maintain. As much as we sometimes would like to be the laid-back parents who have no hesitation staying out for a late dinner with their daughter, letting her fall asleep in an adjacent stroller when she gets tired, we’ve seen how helpful a routine has been for our budding toddler and we’re doing our best to stick to it.

As a result of our updated mealtimes and more structured calendars, Sean and I have had to adjust our sleep schedules slightly to accommodate earlier hours in the morning. For me, this has also meant earlier hours in the evening. For Sean, well, he still tries to be a nightowl, but I’ve caught him falling asleep earlier than he’d care to admit—at least once or twice. It’s difficult to know for sure whether we’ve made these changes because they really are what’s best for us or because we believe they’re what we’re supposed to do. Either way, if something seems to work with a young child, wouldn’t it be foolish not to ride it out?

The only problem with our new earlier routine is that Knead, our favorite doughnut go-to, didn’t get the early-rising memo. We may be up and at ’em, but their doors don’t open until 8 a.m. Sean found out the hard way by walking over with an excited Eliza, only to realize the doors wouldn’t open for another 20 minutes. Luckily, she’s quite good at finding ways to entertain herself. 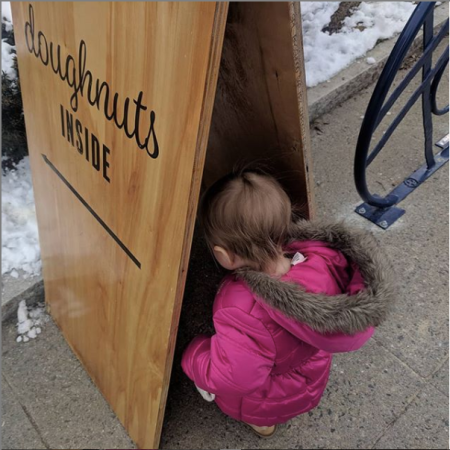 Perhaps we’re now on the painfully early side of mealtimes. Maybe this is just another phase in our travels and parenting, or maybe this is our new normal. But sometimes it’s still confusing: within the past week we found ourselves sitting down for tacos and enchiladas at El Rancho Grande before 11 a.m. (!) and waiting in line at Flatbread Company for pizza at 5:45 p.m. We had figured we’d be early for dinner. (I mean, our pizza nights out at Lil’ Frankie’s in the East Village of New York rarely started before 8:30 p.m.—and we sometimes found our way there well after midnight). But on that snowy Sunday evening, Flatbread teemed with families and kids of all ages gobbling their pizza slices and pushing salads far away (okay, maybe that was just Eliza).

While in Spain we learned that the mealtimes there are actually a result of resistance to Franco realigning the country’s timezone during World War II. I can’t help but wonder whether meals in Providence trace their timing back to Roger Williams, or perhaps Johnson & Wales has shaped our culinary hours as much as our local restaurant expectations. But my guess is that the hours at which we eat are influenced by a whole bunch of things: work, events, appetites, and sleep schedules. I’m just grateful that there’s a Starbucks up the street that opens at 5 a.m. daily in case of (really early morning) emergencies.